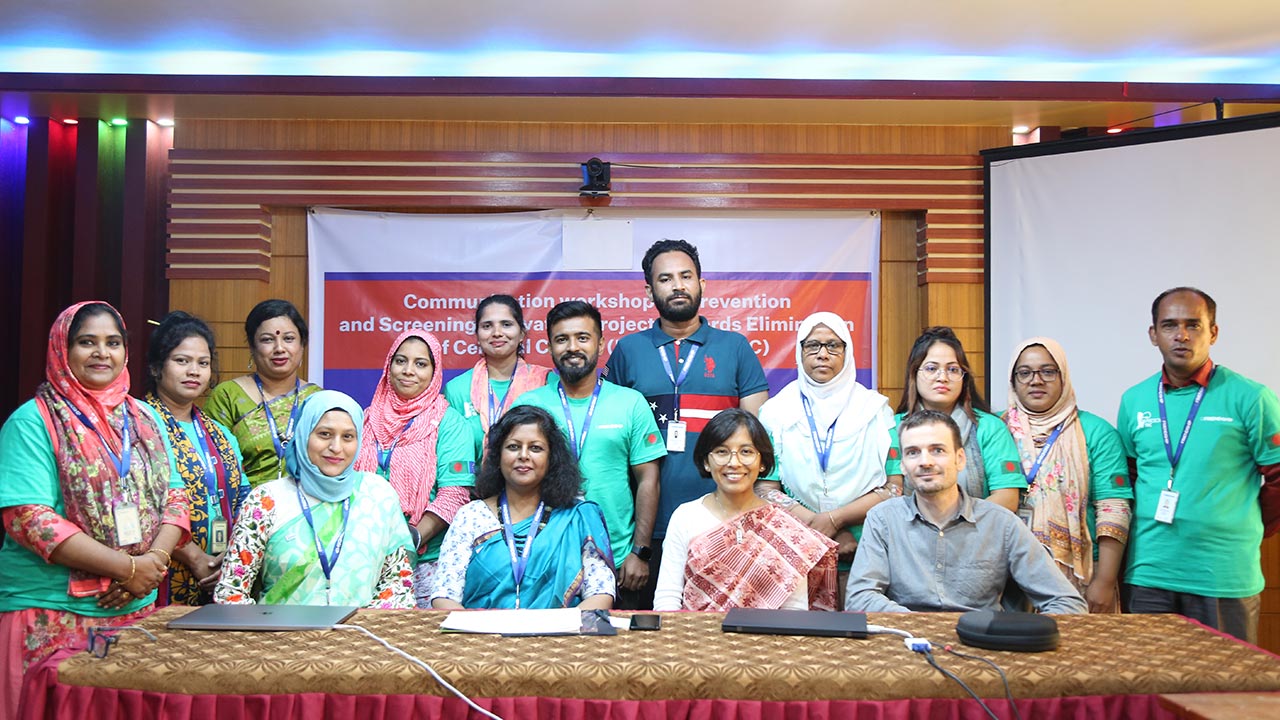 A Connaxis communications team visited Bangladesh to gain first-hand insight into the context in which the PRESCRIP-TEC project is being carried out in this country. They were briefed in various meetings with project partners and also observed the services in rural areas. In addition, they were able to interview project beneficiaries and collect visual materials to use in future communications.

This visit by the communication consultants will assist greatly in developing communication strategies and materials specifically targeted to the underserved communities of the chars of Bangladesh.

Continuing with field visits to beneficiary countries, Connaxis communications team visited Bangladesh from the 9th to the 13th of October 2022. The team has previously visited Slovakia to learn about the local context and collect material to use in PRESCRIP-TEC communications. Similar work was carried out in Bangladesh, with the important difference being that the context is completely different.

The two consultants from Connaxis who travelled to Bangladesh were Oscar Casanova and Ekaterina Gomez. On arrival in Dhaka, they were warmly welcomed by teams from the PRESCRIP-TEC partners in Bangladesh – the International Centre for Diarrhoeal Disease Research, Bangladesh (icddr,b) and Friendship NGO.

Analysis with the AWACAN tool

The team’s first visit was to the icddr,b offices to meet with Dr. Aminur Rahman, Ms. Anika Rahman and Ms. Jaya Sankar. The icddr,b presented the results of the AWACAN Baseline survey to inform Connaxis about the situation regarding cervical cancer in Bangladesh. 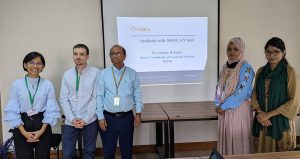 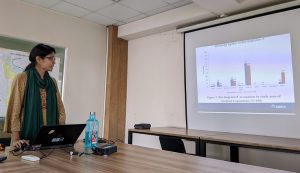 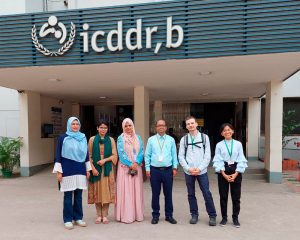 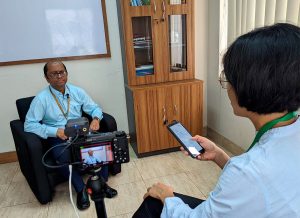 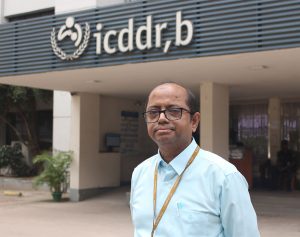 Connaxis then interviewed Dr. Rahman about icddr,b’s role in the PRESCRIP-TEC project, the activities carried out to date and the expected results.

Subsequently, photos were taken of the main icddr,b staff involved in the PRESCRIP-TEC project. Unfortunately not everybody was present as it was a a bank holiday in Bangladesh. Connaxis also took some videos of the icddr,b facilities.

Following the above meeting Dr. Mosamat Umma Kulsum (Friendship project manager for the PRESCRIP-TEC project) and the Friendship driver transported the Connaxis team to the airport to travel to Rangpur.

At the airport, Dr. Naheed Nazrul, Friendship principal investigator for PRESCRIP-TEC, and Ms. Sheybonti Rayees from the Friendship communication department, joined the expedition. Once in Rangpur, the journey continued for more than three hours by road to reach the current location of the floating hospital in Gaibandha district.

During the evening, Connaxis conducted interviews with two beneficiaries of the project who shared their experiences of being treated for precancerous lesions. Both were very grateful for the opportunity that Friendship’s floating hospital had given them as they had no other way to get hospital care. They were able to discover why they were experiencing discomfort and also get treatment. 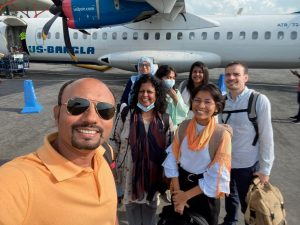 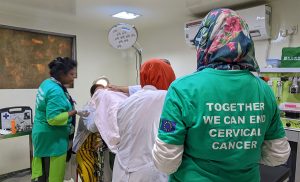 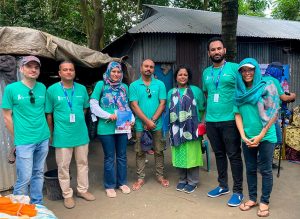 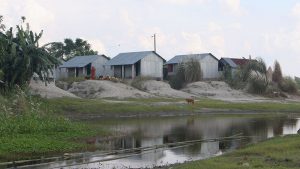 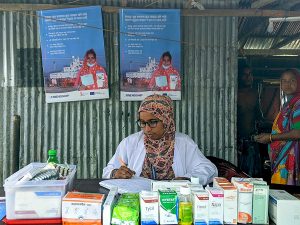 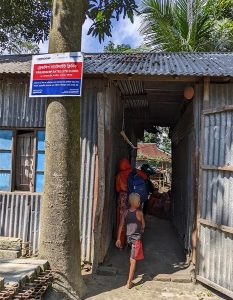 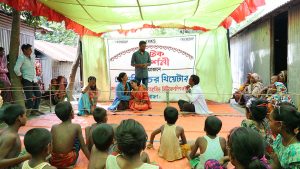 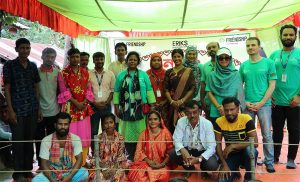 The following day was dedicated to capturing photos and video footage at Friendship floating hospital. Connaxis could record and take photos of all the different activities related to PRESCRIP-TEC. For example, how the HPV self-tests arrive in the cool box container, how the samples are analysed, for patients who test positive, the follow-up with VIA inspection and treatment of precancerous lesions through thermal ablation.

Furthermore, Dr. Asif Ahamed, programme manager of the floating hospital, organised a guided tour explaining all the facilities and activities carried out at the hospital. The tour was recorded and this will serve to explain how hospital care is organised in these remote areas of the country.

After the tour another project beneficiary was interviewed. At the floating hospital the PRESCRIP-TEC message is reinforced among eligible women during sessions held in the Health Education room. These sessions were also captured on videos and photos. The Connaxis and Friendship teams then took a boat to visit the char/islands.

At the first char the team witnessed an awareness session and the house that Friendship Community MedicAids(FCM) had prepared in which women can do the HPV self-tests.

At the second char, we attended a drama performance (known as Char Theatre), which is an excellent way to sensitise eligible women about the importance of prevention of cervical cancer and the dangers of not speaking up about symptoms that could be related to precancerous lesions.

At the third char we spoke to the members of the community and visited a school managed by Friendship.

During their visit the Connaxis team also conducted a communication workshop, which took place in the Gaibandha Sader. A large number of service providers, Project officers, and Senior Project co-ordinator attended the workshop and, from them, Connaxis could learn about the characteristics and particularities of eligible women. This will enable the communication agency to design the most appropriate messages and media to reach the particular target group.

During the workshop, Dr. Naheed also explained the community mobilisation activities organised by Friendship and clarified how they are measuring the number of people they are reaching through these activities.

Community mobilisation activities organised by Friendship consist mainly of face-to-face events. The community MedicAids travel to the char islands where they conduct the first awareness sessions. 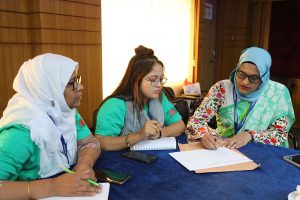 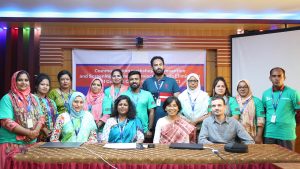 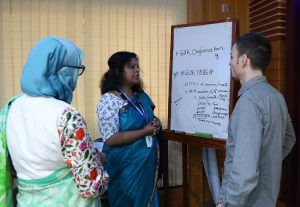 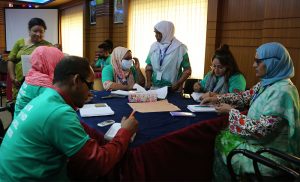 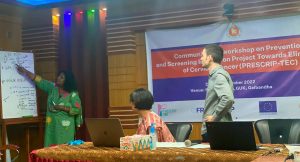 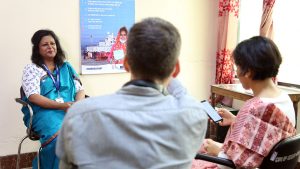 These sessions are reinforced by the theatre performances in the chars and also during sessions in the waiting area/Health Education room of the floating hospital.

To measure the reach, the average number of attendees at each session is multiplied by the number of sessions that have taken place. For example, Friendship has 51 community MedicAids working in the Gaibandha district, each one conducts four sessions per month and an average of 15 women attend each session. So 51x4x15 = 3.060 women are reached every month in the Gaibandha district. The same system is used in all the other districts.

Following this measurement system, if the same person attends two different sessions it is counted as two reaches. It is also important to consider that these numbers do not include those attending the theatre performances. 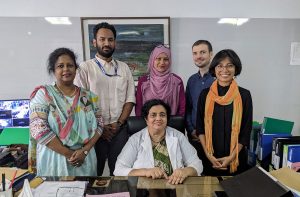 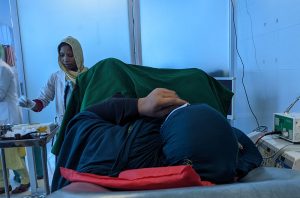 The team also visited Bangabandhu Sheikh Mujib Medical University (BSMMU) in Dhaka. A discussion on national level programmes for VIA and HPV took place at the Centre for Cervical and Breast Cancer Screening and Training.

The team was able to visit the facilities of BSMMU where, a few months ago, they held training on cervical cancer screening for service providers from different levels of health care. The training was designed for capacity-building and rapid development of competence in detecting precancerous lesions by visual inspection with acetic acid (VIA). The BSMMU has been very supportive of the Bangladesh team.

Positive outcomes of the visit

Overall, the fact that the teams were able to meet in person strengthened ties and they were able to dive deeper into the communication strategy and activities. The team met with several people from different departments and also with the Friendship communication team to coordinate future communication activities of the prescript-TEC project and to establish synergy for the social media posts.

Connaxis now has all the necessary background information about the Connaxis project in Bangladesh and a more in-depth understanding of the local context. The field visits organised by Friendship were extremely helpful in this regard.

During the workshop, the Friendship Community MedicAids (FCM’s) exchanged very useful information which has enabled the Connaxis team to understand the specifics related to the target audiences of the Char islands and riverbanks of Northern Bangladesh. This background information will be used when designing future community mobilisation activities.

The activities during the field visit also allowed Connaxis to produce several hours of audiovisual content and several hundreds of photographs. This material now has to be sorted, organised and edited to create communication products and human-interest stories that will be published during the following months.

We had a very hectic week but all the enthusiasm and hard work of the Bangladesh team is contagious. They are dedicated and the work which they are doing is impressive! A huge thanks from the bottom of my heart for sharing this beautiful vision of a better world starting in such remote and disadvantaged areas as the Brahmaputra chars.