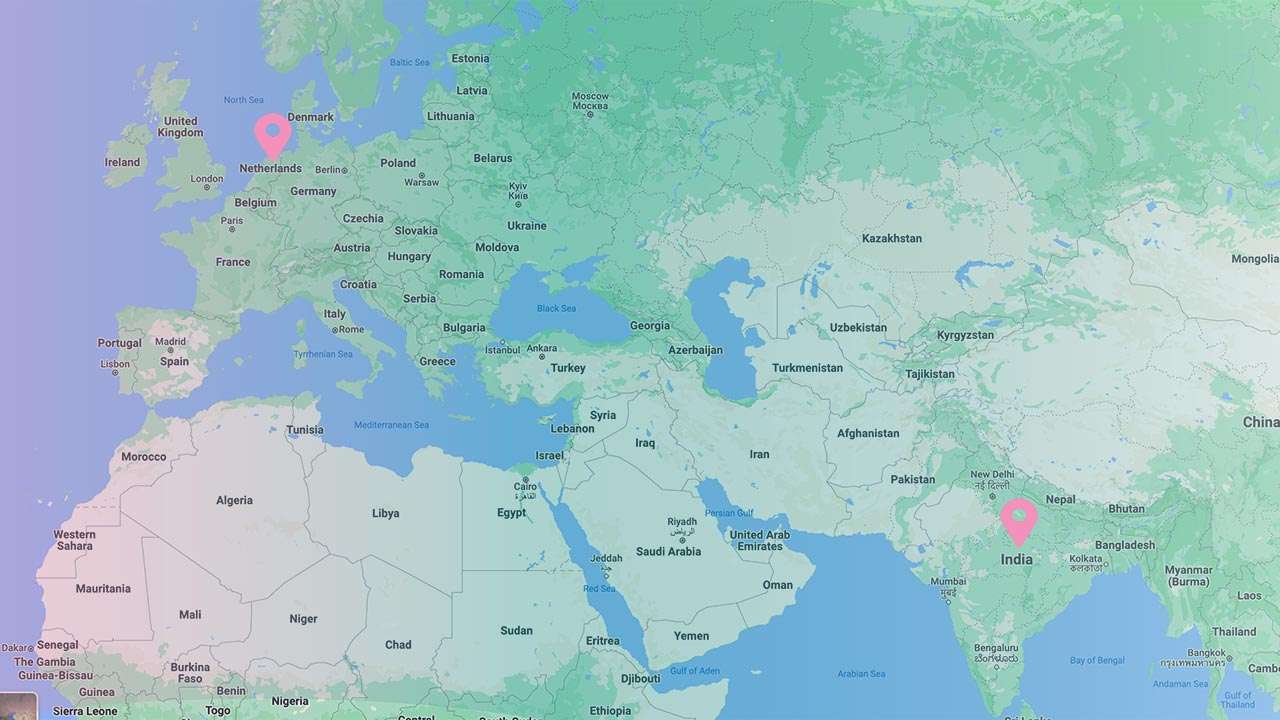 The Netherlands and The Republic of India show substantial differences in aspects such as access to and structure of, healthcare and education, as well as culture and religion. Yet, both countries are members of the World Health Organisation (WHO) and thus, following the resolution of the 73rd World Health Assembly, are urged to follow its recommendations regarding Human Papilloma Virus (HPV) prevention and Cervical Cancer (CC) elimination efforts. [1] For 2030, the WHO has formulated the so-called 90/70/90 goal of having a 90% vaccination rate of fifteen-year-old girls (primary prevention), a 70% primary screening rate and treatment of 90% of precancerous lesions (secondary prevention) found at 35 or 45 years of age. The feasibility of implementing said goals and accompanying strategies in The Netherlands and The Republic of India have been analysed based on the current situation in the countries.

We compared the national approaches in combating HPV and CC to the WHO’s recommendations and evaluated their effectiveness using both a number of articles and reports, as well as expert opinions. Our conclusion is that the attainment of the 90/70/90 goals until 2030 is highly ambitious. So far, neither of the countries has reached the goal. The Netherlands is, in fact, showing a regressive trend in both vaccination and screening coverage.

Particularly in the Republic of India, economic constraints on both institutional and personal levels, as well as geographical / logistical and cultural difficulties, make this goal near to impossible to achieve soon, if no critical changes are made. However, the Netherlands too, struggle with socioeconomic differences affecting the numbers of vaccinated young adults and screened women.

Comparing the two nations shows that it is The Netherlands that has been more successful in implementing the advocated WHO measures. This can be attributed, in part to a clear national approach and system. Not only are both forms of screening (HPV test and Pap smear) free for the target population, but they are also relatively easily accessible, partially due to information by general practitioners. Similarly, the costs for adolescents wishing to get HPV vaccinations, after having been informed and invited by letter, are covered by the healthcare system. Nevertheless, The Netherlands fails to reach both the target of 90% vaccination coverage and that of 70% screening coverage. Those would best be achieved by improved education of adolescents in schools and the general population by more efficacious media use by the health authorities. Awareness regarding the health threat posed by HPV must be increased.

In India, the costs for vaccination, screening and treatment are not covered by the healthcare system and thus preventative measures are often not feasible for a large number of citizens. Inequity caused by social, economic and/or cultural factors make it particularly challenging to screen and/or immunise the population. This affects women living in rural India and those from lower socioeconomic backgrounds in particular. Additionally, certain groups are subject to stigmatisation or misinformation regarding sexual and reproductive health, resulting in reluctance to participate in HPV and CC prevention efforts. There is hope that self-screening kits will help overcome both the issue of discomfort approaching healthcare workers with intimate health problems, as well as the obstacle which geographical difficulties present in doing so. A clear, national screening and vaccination approach would help combat both inequity and inaccessibility, while also educating and raising awareness in the population. This could include effective media use to inform the public, improved sexual health education in schools and substantial changes to the financial regulation of healthcare. All of which make the achievement of the 90/70/90 goals more realistic.

In summary, even though relevant and much needed, the WHO goals and strategy for elimination of cervical cancer as a public health problem are not yet being implemented successfully. To achieve the targets, all countries must step up their efforts, make resources available and invest more in communication and reaching disadvantaged groups.

Dr Arathi P Rao, Coordinator of MPH Programme, Prasanna School of Public Health, Manipal Academy of Higher Education, India, and Dr Marco Versluis, specialist in Obstetrics and Gynaecology in the Netherlands and lecturer at the University of Groningen provided input for this study. Dr Jaap Koot, coordinator of the PRESCRIP-TEC project kindly supervised the study.

Esther Evers is Bachelor student in the Faculty of Medicine in the University of Groningen, and performed this study as elective in her study programme.